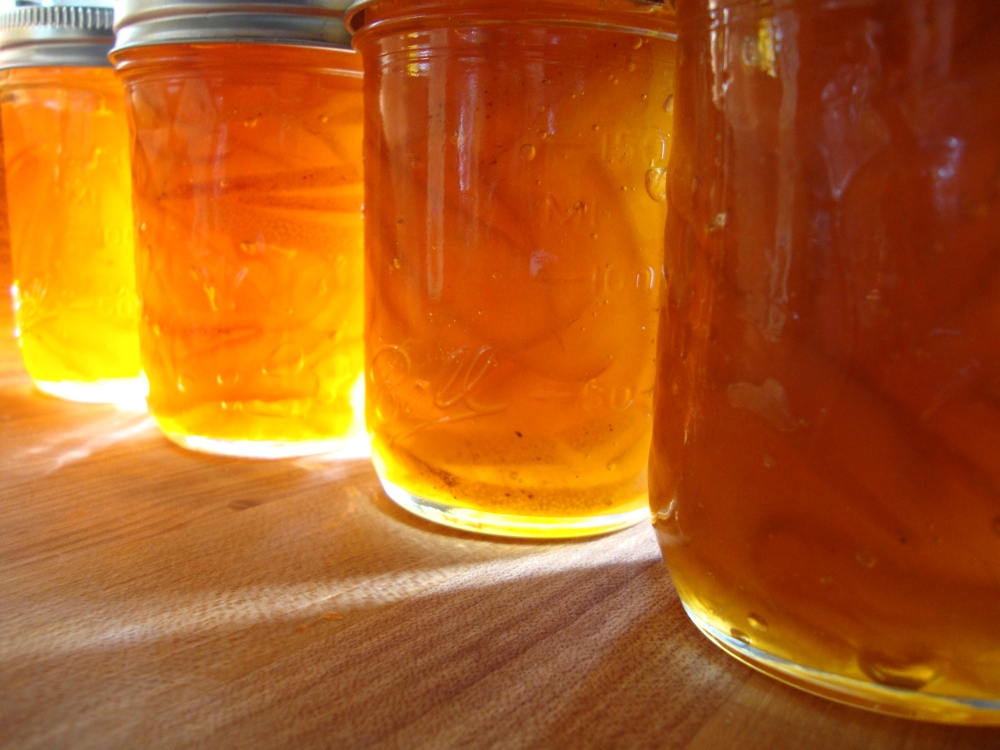 I have a lot to say about marmalade.  If you want to read a lot of personal marmalade stories from my childhood, college years and young adulthood read on.  If you just want a recipe for marmalade scroll to the bottom!

I grew up eating marmalade with butter on the world’s best scones, baked by my Grandpa. I read Paddington Bear books as a little girl.  For those of you who did not have the pleasure of meeting this character as a child, Paddington Bear is an orphan bear from Peru who travels to England and who always carries a jar of marmalade.  For me, marmalade is a deeply comforting food.

When I was nine, I moved from British Colombia to Hawaii, where I discovered that marmalade was not a common fixture in the United States.  In the USA, no one had jars of marmalade in their kitchens.  You only ever found it in little single serving packages to put on toast at diners.  The marmalade in the little single serving packages was neon orange and tasted like someone had made jelly out of “orange” soda.  It was too sweet, even for me (and I was a sugar fiend).  Marmalade is supposed to be bittersweet and its supposed to have orange peel in it and it is supposed to be the most beautiful shade of dark orange.

There were other things (mostly British) that my mother and I could not lay our hands in Hawaii…good strong tea, sausage rolls, butter tarts, trifle…but after a while they were replaced by many culinary treats and delights that Hawaii had to offer…except for the tea, which my mother brought back from Canada in the half of her suitcase that she reserved for this purpose every time she went home  to visit.

When I was eighteen I moved to New York to go to Sarah Lawrence College, which is located on the border of Yonkers and Bronxville just outside the New York City.  Bronxville was (maybe still is) the wealthiest square mile in the USA.  There was not much of interest (or much that I could afford) in Bronxville.  It has the BEST hospital thrift store and it had a really good fancy cheese and gourmet provisions shop.  I did not actually buy cheese from the shop, but I did occasionally go to gaze longingly at ingredients.  The shop was tiny and it was run by the owner who spoke with this odd, not quite British accent, like a butler in a 1930’s Hollywood movie about New York High Society.   This was the kind of shop where very fussy, well dressed little old ladies came in with their maids and said things like…”Don’t forget that so and so is coming over for lunch.  We will need a quarter pound of the right sort of ham”.

One day, while visiting the cheese shop, I noticed that the purveyor had a row of different kinds of marmalade on a shelf behind the counter.  I could not tell from the names which one might be the kind of marmalade I remembered from my childhood…St Clements, Tawny, Crystal, Old Times, Orange and Malt Whisky…I stood there for so long that the owner, who usually ignored me, finally asked me if he could help me.

I looked him in the eye, raised an eyebrow as my Grandma Orr would have and said, “I am looking for the right kind of marmalade.”

The man nodded knowingly and said “You are looking for marmalade made from Seville Oranges.  They give the marmalade the proper bitter flavour.”

I spent NINE DOLLARS and change on a jar of  Wilkons and Sons Tiptree Tawny Marmalade and it was worth every penny.  Later, I found cheaper brands of marmalade made with Seville oranges (these were probably the kind that my grandpa used) but that Tawny marmalade truly is the best. 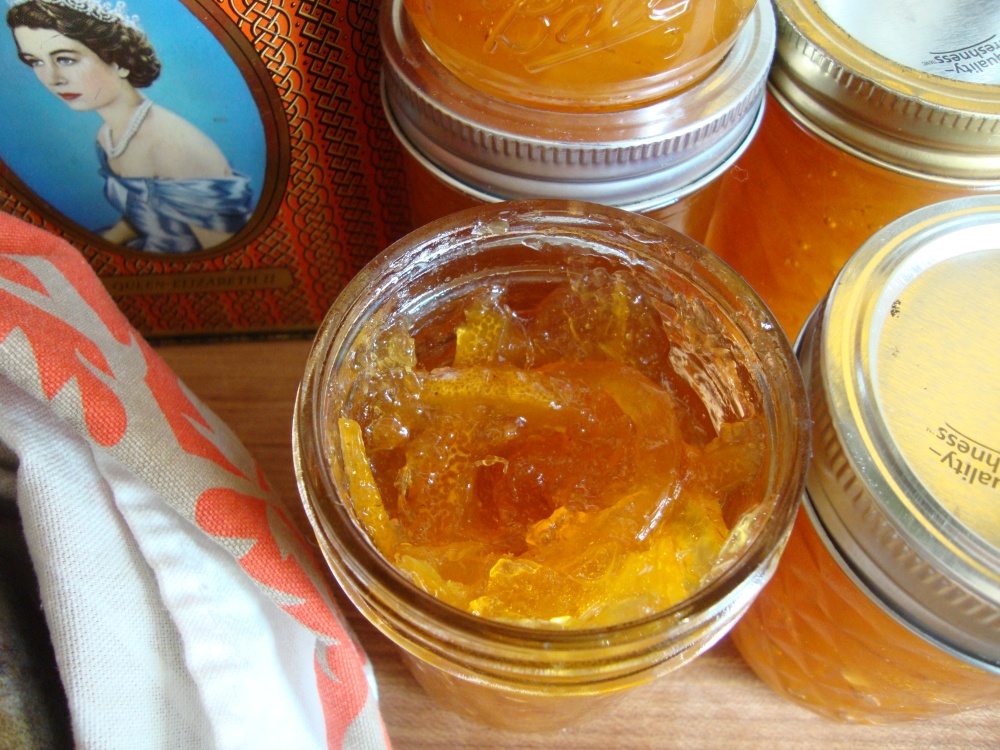 A few years later, I was finished with college, less broke and learning how to cook properly.   I was reading cookbooks cover to cover the way other people read novels.  I read Jane Grigson’s “English Food”, which I highly recommend if you are into reading cookbooks like novels.  It has lots of directions which are more amusing than informative.  The directions for how to properly process canned goods are summed up with “Pot the jam in the usual way” but she will spend an entire paragraph fretting on whether a meat pie should be served hot or cold.  In this book, I find two recipes for  Whole Orange Marmalades made with Seville Oranges.   Sigh.  If only I could find Seville Oranges!  I kept on spending way too much money on  Tawny marmalade and reading cookbooks.

Then I read Rick Bayless’s Mexican Kitchen (which I also highly recommend if you are into reading cookbooks like novels).  In this book, Rick Bayless includes lots of information about traditional ingredients, their cultivation, where they might be available and what to use in their stead.  One of the ingredients that he writes about are Sour Oranges which, he says, are also known as Seville Oranges or Bitter Oranges.  I learned that these oranges are grown year round in Mexico and used in Yucatan cuisine.   I learned that they are the most disease resistant variety of orange that are bumpy and a bit ugly-looking.  I learned that Mr Bayless acquired sour oranges for his restaurant in Chicago from a Caribbean food wholesaler.  This is when I started to get excited.  There are a lot of Caribbean people and grocery markets in Brooklyn, where I live.  Sure enough, a West Indian market near my house carried sour oranges.  They were ugly and cheap and they made the right kind of marmalade.

Aside for those of you who live in Brooklyn, that market is now  the dreaded Natural Land, a market so overpriced and gentrified that I have seen shoppers cry or scream about the prices while being rung up on multiple occasions.  Where else are you going to get your gourmet what not at 2AM?  You have to hand it to the owners for identifying their target market and milking it us for all we are worth.  Back in the 9o’s though, it was a Caribbean market.   If you live in Brooklyn, you can still buy sour oranges at the Caribbean markets on Nostrand Ave.   I got this batch from the one near Eastern Parkway.  I have been reading fancy modern British cookbooks lately and Seville oranges are used in a lot of recipes from Ottolenghi, Cafe Moro and Nigella Lawson.  In Britain though they are only seasonally available!   In Brooklyn, you can get them year round!

I have recently become less rigid in my marmalade tastes.   My friend Bethany has been perfecting an orange marmalade with mulled wine that is crazy good.  I might try making blood orange marmalade, because blood oranges are on sale now and I can never resist buying a bunch of cheap fruit and putting it up.

THE RIGHT KIND OF MARMALADE- MADE WITH BITTER SEVILLE ORANGES 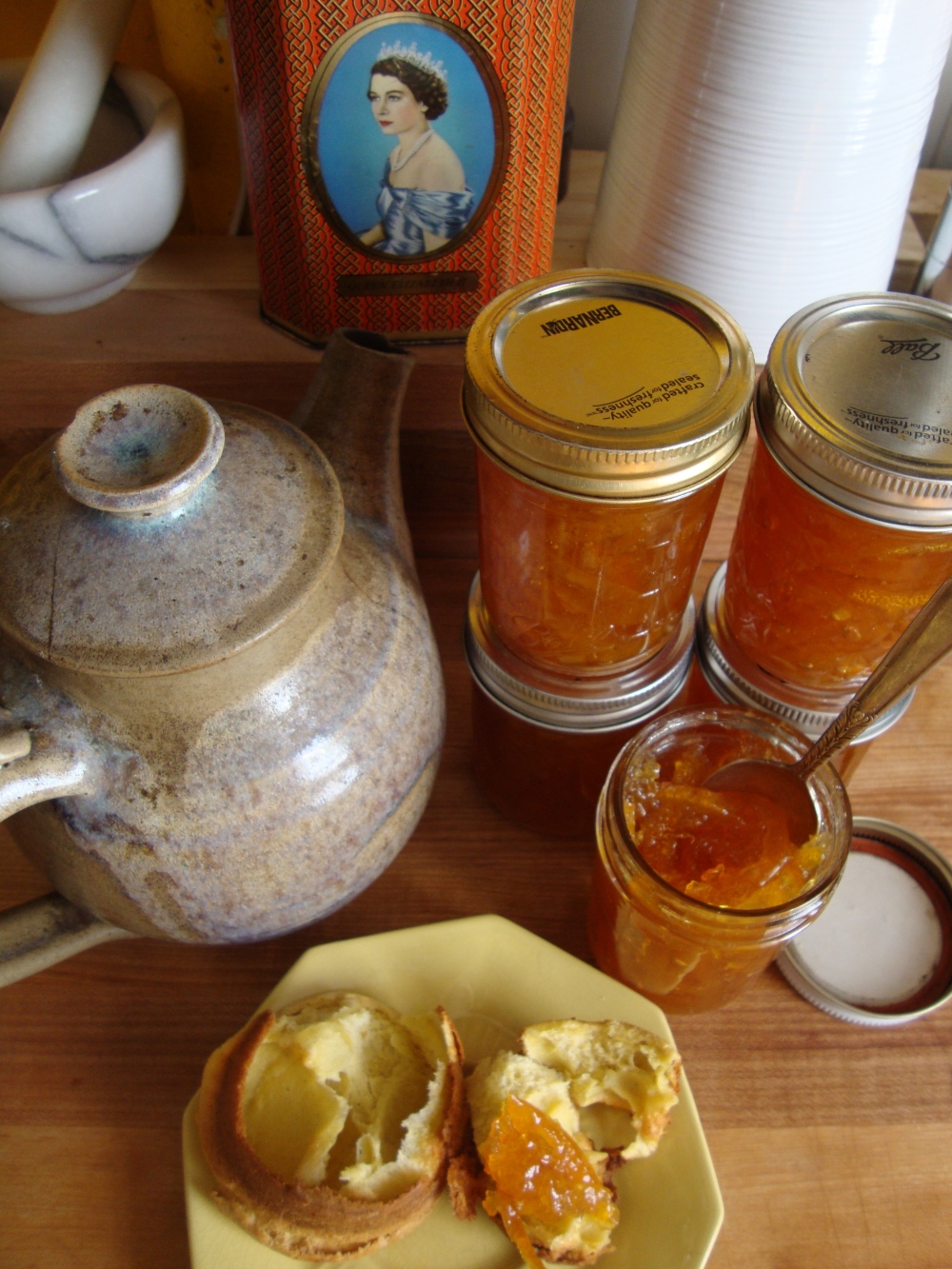 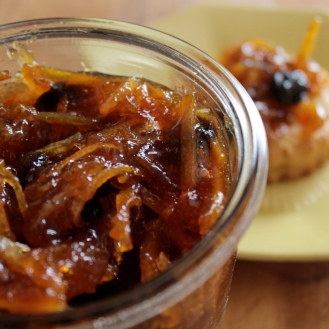 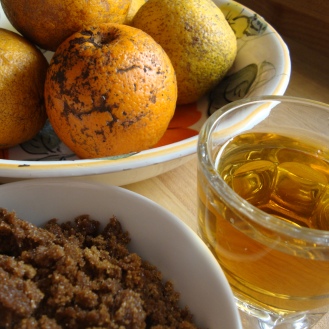 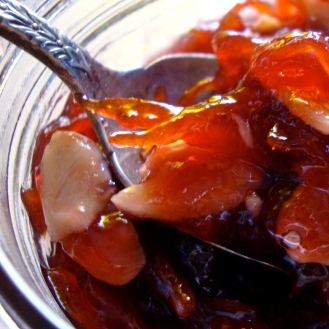