I have been overcome with a craving for this soup ever since I figured out how to make good gluten-free dumplings a couple of months ago.  Our Estonian grandmother used to make a soup with vegetables from her garden, and milk from her goats.  Why, you might ask, would I want to try this weird soup of Estonian origins?  Well you know how people eat French food when they want to feel sophisticated or maybe Indian food if they want to feel adventurous?  We imbue the cuisines of the world with our romantic notions of the countries that birthed them.  Well, Estonia is such a small country that it doesn’t have much of a reputation in our global imagination.  But those of us who know a little bit about Estonia might suggest that you should eat Estonian food when you want to feel magical.  Try this soup.  It was invented by garden elves to feed exhausted farmers. Then have some Magical Estonian Apple Cake for desert.

I did a little bit of on-line research and I found a lovely article about this kind of soup written by an Estonian lady who lives in Switzerland.  She says that this soup is usually made at the height of summer harvest and that families eat it from one big bowl.  She calls it “Vegetable Soup of Love or Hate” because it’s not everyone’s cup of tea.  Her recipe uses cow’s milk instead of goat’s milk and doesn’t have any dumplings.  I also like her post on foraging for mushrooms, which is something that I would like to do when I go to Estonia in June.

So, I am clearly craving this at the wrong time of year, but I decided that it would be just as good with winter vegetables.  The purple carrot pictured below looks lovely, but I would leave it out next time.  It gave my leftover soup upsetting purple streaks.  Also, most folks who keep goats don’t sell much of their milk between November and March.  You might want to wait until goat milk is more readily available (like next week) to try this out though because it is way expensive right now. 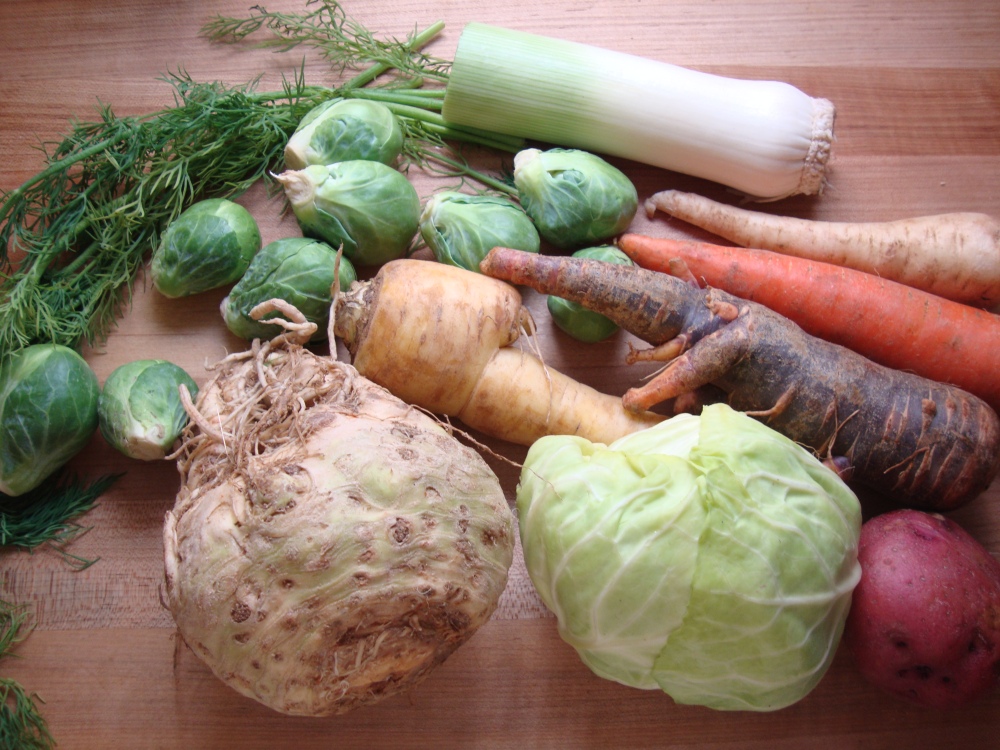 This makes a lot of soup.  Consider inviting your family over to eat from a big bowl.

MORE ABOUT DUMPLINGS OR ESTONIAN FOOD…

Blueberry Slump with Hazelnut Ricotta Dumplings (gluten-free or not) https://bigsislittledish.wordpress.com/2012/08/11/blueberry-slump-with-hazelnut-ricotta-dumplings-gluten-free-or-not/ 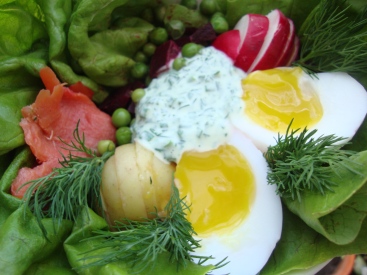 Snack Time on the Isle of Cats https://bigsislittledish.wordpress.com/2012/07/08/snack-time-on-the-island-of-cats/

A Rainy Day in Tallinn https://bigsislittledish.wordpress.com/2012/07/04/travelers-potato-leek-gouda-soup-for-a-rainy-day-in-tallinn/