I have always thought of the butter tart as the finest example of Canadian cuisine.  You can get butter tarts everywhere in Canada from the gas station convenience store to a fancy bakery.  I have never encountered a butter tart anywhere outside of Canada, not even on the border states.  Not even in Maine, which feels almost Canadian to me and where, fine food of all kinds can be found.  I always think of this recipe as being the sweet treat that resourceful farm wives would whip up at the point in the year when they were snowed in and there really weren’t very many ingredients left in the larder.  This recipe makes something special  out of almost nothing.  Canadians are historically good at making something sweet and bountiful out of ingredients (and places) that are austere (beautiful and grand yes, but warm and welcoming no).  Butter tarts make me think of my Grandma Orr.

For those of you who have never had a butter tart, it is a tiny buttery pie crust filled with something that resembles pecan pie filling, but without the nuts.  The filling does not have any cornstarch, so it is has a more elegant (in my opinion) texture.  Some people add raisins (I do not).  I know that it does not sound that exciting, but trust me, it is.

I have two recipes for butter tarts.  One was given to me by a college friend who was also Canadian.  Really, we weren’t even friends. We bonded over our mutual love of butter tarts and wondering why they could not be found in New York.  She gave me her family’s recipe, written on an index card.  The other recipe is from The Five Roses Cookbook, which my Aunty Mona was kind enough to give me when it was reprinted in 2001.  The original Five Roses Cookbook was published in 1915 and it sold 650,000 copies.  That was one copy for every two households in Canada at the time.  So basically everyone had this cookbook.  Every recipe calls for Five Roses Brand flour.

For this,  I didn’t follow either of the recipes really, because I was trying to make a gluten-free version and also, I had neither corn syrup (my college chum’s recipe) or brown sugar (the five roses recipe) in my house.  I did have half a tin of Lyle’s Golden Syrup, which is a kind of British treacle.  It is, hands down, my favourite form of sugar.  I go on about it at length in my sticky toffee pudding post. 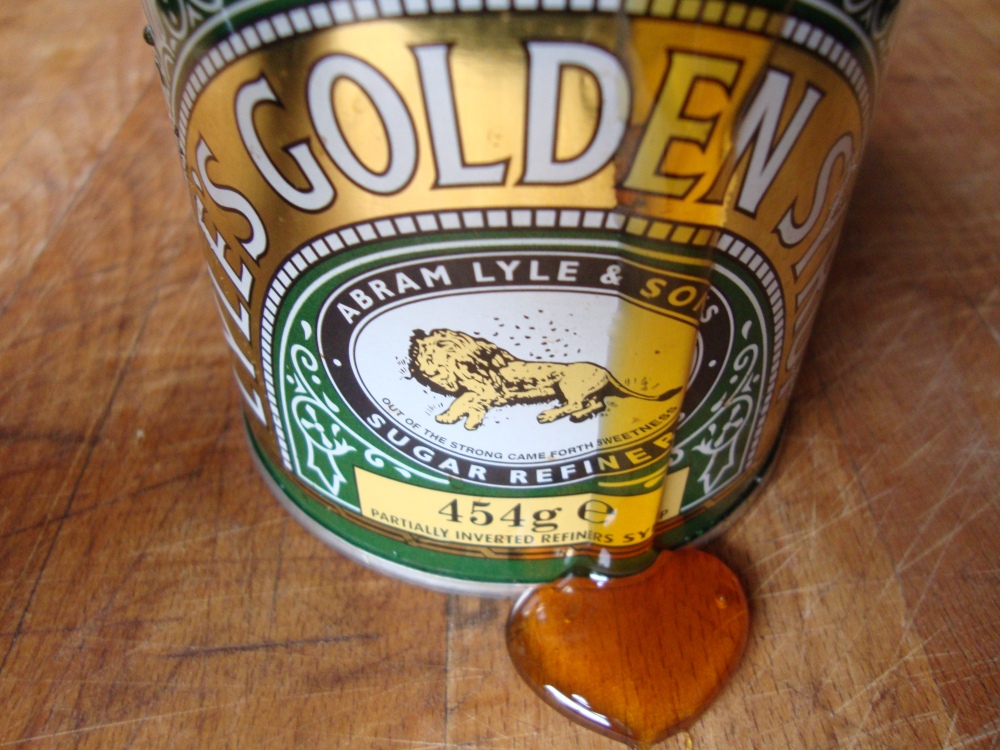 Use whatever sugar you have on hand, but if you have some Lyle’s you are in for a real treat.  I looked it up, and there is a British cousin to the butter tart called treacle pie.  So,  maybe my butter tarts are part British treacle pie.  I am okay with that because, as I’ve said before I love British food (strawberry rhubarb trifle, sticky toffee pudding, coronation chicken ect).  I  even photographed my butter tart on the saucer of my Queen Elizabeth tea cup.

Side note…my Grandma Orr had a tea cup that commemorated the coronation of Queen Elizabeth.  My Aunty Betty knew that I wanted it, so she mailed it to me and it arrived in many, many pieces.  I still have the pieces which I intend to incorporate into some piece of art in my Grandma Orr’s memory some day.  This is a Queen Elizabeth Silver Jubilee saucer from the 70s which I bought myself in Texas(?!!?) to console myself about the state of my grandmother’s cup and saucer. 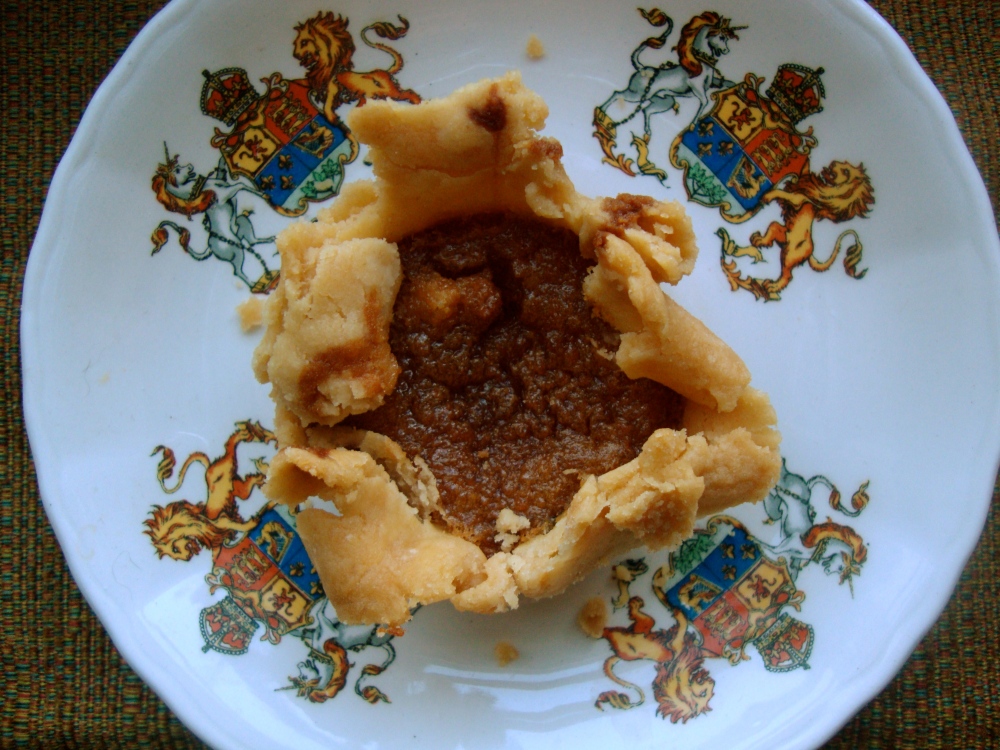 I would like to encourage you to make butter tarts for Boxing Day.  Boxing Day is the day after Christmas and it is celebrated in Commonwealth Countries.  No one is really sure exactly why it was first called boxing day, but it was traditionally a day to box up things that you didn’t need and give them to the poor.  It was also the day to  box up left overs to send home with the servants, who would have to celebrate Christmas with their own families the day after because they were busy serving their masters’ their Christmas dinner on the day of.  During my lifetime, I have only ever seen boxing day celebrated with huge sales and shopping frenzies (like the Friday after Thanksgiving in the USA).  When my mum and I moved to Hawaii, we started throwing a boxing day tea, to which we invited friends.  We were used to having a lot of family around at Christmas time back home in Canada, and having all of our friends come over the day after Christmas helped us to not feel alone and blue.

Most of the time, butter tarts have a more tidy looking crust that is not so deep.  My favourite butter tarts are from a pie seller on Granville Island in Vancouver that makes them in this high, sloppy style.  I made crusts in this style for my  guava and cream cheese tarts  last week and they made me think of my favourite butter tarts right away, and then Silvi mentioned that those crusts reminded HER of  butter tarts…and that is why I am making these butter tarts now!  You can use any flakey, buttery pie crust recipe and shape the crusts however you like…but this recipe is very good.  I adapted it from the pie crust recipe in Gluten-Free Baking Classics by Annalise Roberts.

This will make a little more flour than you will need for a 12 tiny sloppy tart crusts.  You can use the extra for flouring your rolling surface.