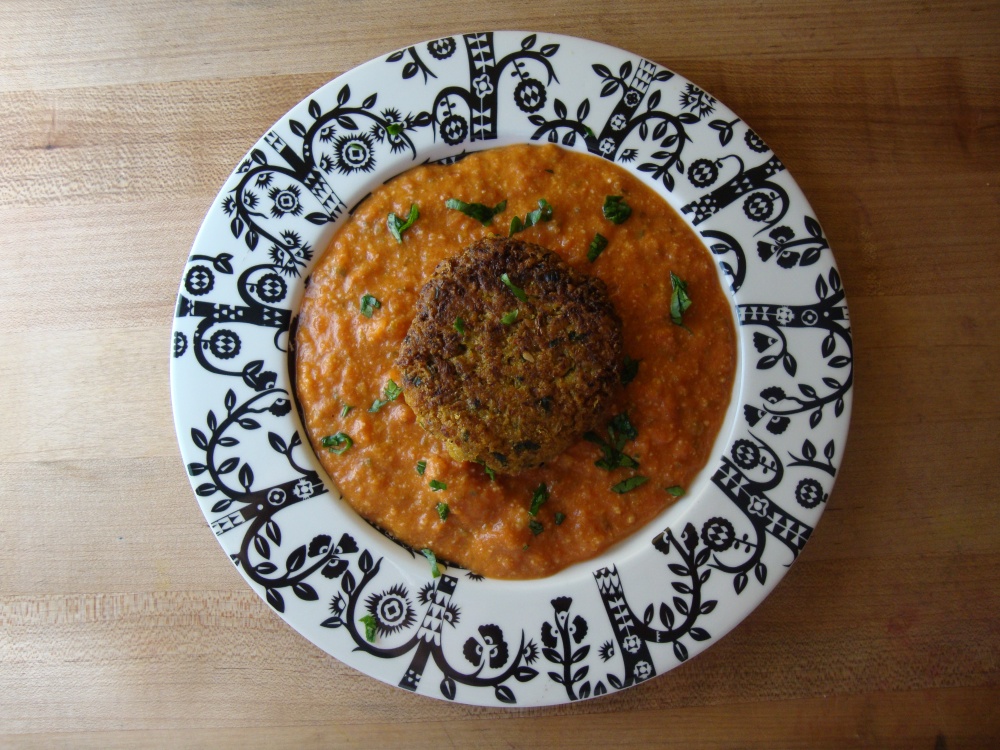 Tony is my friend who left New York for Portland, Oregon years and years and years ago now, and I am still not over it.  I still really miss Tony.   I could go on and on about his excellent qualities, but I will focus here on the fact that Tony is an exemplary vegetarian cook.  In fact, he was a part of the heavy hitting cooking team that made our DIY wedding possible.  He did all kinds of cooking that weekend, but  I specifically asked him to decorate the wedding cake  AND he fried ALL of the Corn Fritters with Poblano Peppers and Goat Cheese, which was no small task.

Malai Kofta is a dish of deep-fried vegetable and legume fritters (or balls) served in a delicious creamy tomato sauce.  I tried to make kofta myself before, during my BIG indian cooking phase in my 20’s, and it was not successful.  My oil was too hot, so the balls were burnt on the outside and raw in the middle.  Plus, the recipe that I was using used zucchini, not cauliflower, and it turns out that I really, really don’t like zucchini.  It tastes very bitter and spicy to me.  It makes my mouth burn. I was nearly 30 before I realized that it did not taste that way to everyone.  I think that I am mildly allergic to summer squashes.  ANYWAY… lucky for me , Malai Kofta is a favourite Indian vegetarian dish in North America.  Restaurants here serve good Malai Kofta.  So I did not pursue making it myself again until now!

Tony’s recipe is much tastier  than the one I tried years ago.  The seasonings are perfect.  It reminds me a bit of the Savoury Indian Dumpling Cake that I posted recently, just because it is another Indian cauliflower and legume snack served in a tomato sauce, but the flavours are totally different.  The dumpling cake is baked, and is tangy and nutty (Sesame, mustard seed, coconut and lemon are the primary flavours).    Kofta is fried, and this recipe is all about sweet fennel and cumin and rich cashew cream in the tomato sauce.

Once again though, I did not have success with deep-frying  kofta.  They fell apart this time, probably because the oil was too cool.  Maybe I just don’t have the deep-frying touch… or maybe it’s that I don’t have a thermometer for checking the oil temperature.  It all worked out in the end. I just reshaped the rest of my kofta balls into patties (each patty was formed from 2 balls) and pan-fried them in an amount of oil that I found less terrifying.  I think it is a fine home cook modification, so that is what I will give instructions for here! 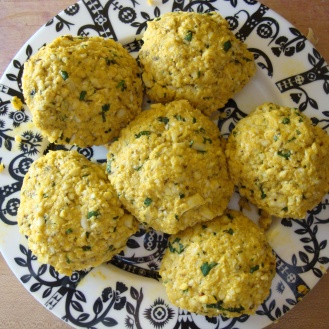 I  also used good quality canned tomatoes instead of the fresh ones called for, but I look forward to trying it with fresh tomatoes when they are in season.  I have been the leftovers all week for lunch.  So good.

* To shred cauliflower in a blender, half-fill the container with water. Add 1 cup of chopped cauliflower, cover and  pulse 5 or 6 times until finely shredded. Pour into a sieve and strain, and press out extra water. Repeat until all cauliflower is shredded  (This is how Tony has done it.  I just whirred it up in my little food processor, but I had to add extra water later)

1. Combine the  cauliflower, ginger, turmeric, cumin seeds, garam masala, and fresh herb in a mixing bowl and toss.  In a smaller bowl, blend the chickpea flour with baking powder and salt. 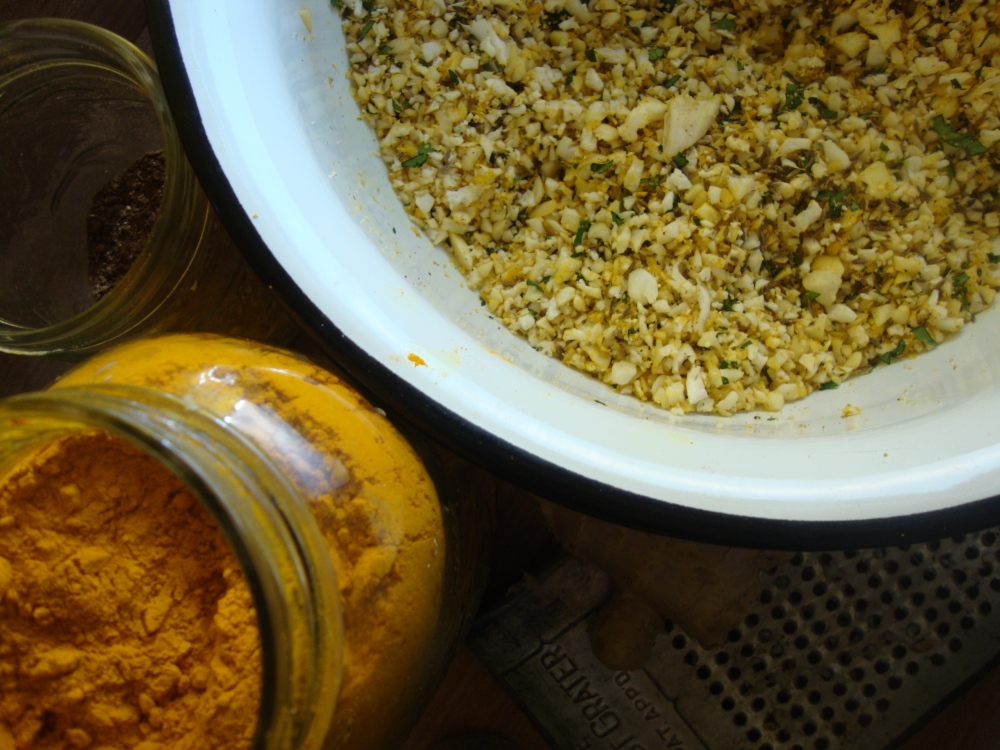 2. Add the flour mixture in to the cauliflower and knead by hand until the ingredients are bound together. (The cauliflower should have enough moisture to hold the ingredients together.  You may need to add sprinkles of water or of chickpea flour to achieve this texture (I had to add water)  As it sits, the mixture will become looser. For this reason, the flour is added just before shaping and frying. Shape into 10 patties.

3. Heat a bit of oil in a wide skillet and fry the patties until they are golden on both sides and cooked through.

1. If you are using fresh tomatoes, cut a shallow cross in each tomato, then plunge into boiling water for several seconds. Remove and slip off the skins.

2. Cut each tomato in half and squeeze the seeds and juice into a strainer, pressing out all of the liquid into a bowl. Dice the tomatoes and reserve the juice. *I actually think that it would be just fine with the tomato seeds left in.

3. Heat the ghee or oil over moderate heat in a heavy 3qt  saucepan. When it is warm, carefully add the tomato liquid.  partially cover and cook until a seasoned tomato puree separates from the oil.  Stir in the diced tomatoes, half of the fresh herbs and the stock. Reduce the heat to low and simmer, partially covered, for about 30 minutes or until gravy like. Add salt and remaining herbs. 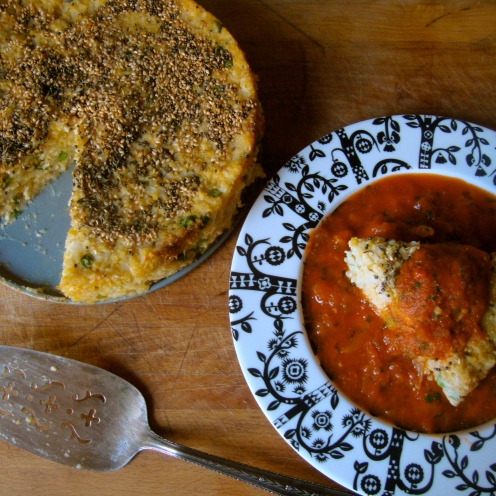