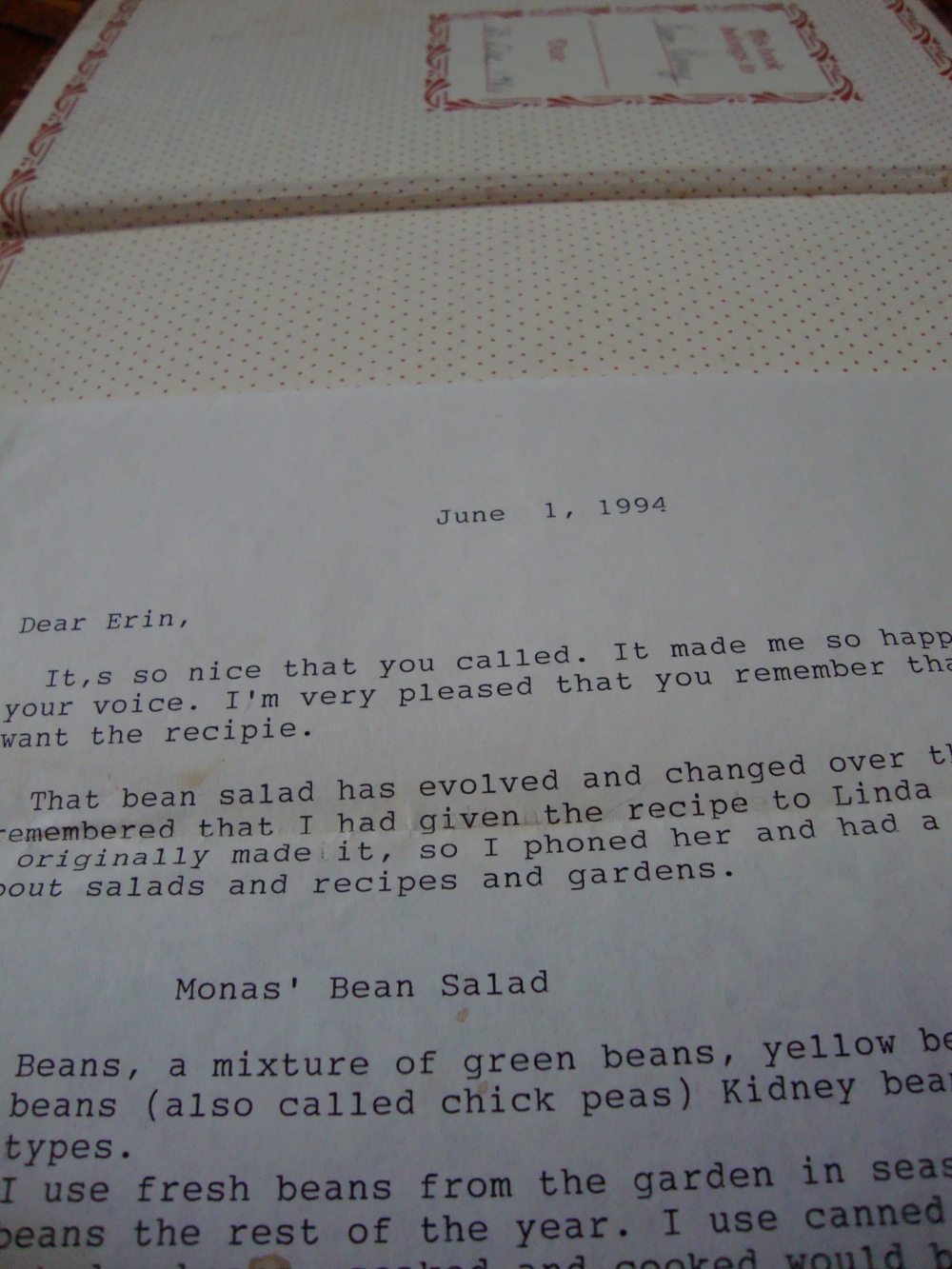 I have kept a recipe note book since I was in the 6th grade.  Before that there are a few random recipes in earlier diaries…but I started keeping a dedicated notebook in when I was 12  (the same year that my little sis was born).

I used that note book until I was half way through college, at which point I copied my favourite recipes into a new notebook and crossed them out of my old notebook.
I re-copied the recipes again when I finished college into ANOTHER new book.

When THAT notebook filled up, I recopied everything onto note cards in cigar box so that I could more easily arrange my ever growing collection.

Now I’m copying all of my recipes into this food blog…but I still have all of my recipe notebooks and notecards.
On the inside cover of my first notebook, I stapled a letter from my Aunty Mona regarding her bean salad recipe.  I had called her, long distance, to ask her for the recipe during my second year of college.  I had not had it since I was a little girl and I craved it.  She typed and mailed me a letter with the recipe.  Somewhere, I have other letters from Mona which provided me with some of my best cake recipes and instructions on how to cook meat.  For those of you who do not personally know me…cake baking and meat cookery are pretty much my culinary super powers and they both come from Mona.  Writing this blog is so satisfying to me because I get to write you all a letter, with a story and some advice, like Mona did.  Its more fun than just copying the ingredients out over and over again.
I included  Mona’s bean salad in the wedding picnic menu because it is the BEST side dish for summer food..anything to do with corn or tomatoes or salmon.  If you want to be a very happy person try Mona’s bean salad with Tomato Pie.   Also, I like this salad best after it has been siting around for a few days (the beans and onions sort of pickle) and I was trying to find food that could be made in advance so that the wedding day would be relaxed.  This is one of the dishes that many of the wedding guests asked me for so here it is!  I still make this salad exactly as it is written in the letter below except that I use raspberry vinegar (I agree with my Uncle Wilbert..no yogurt). 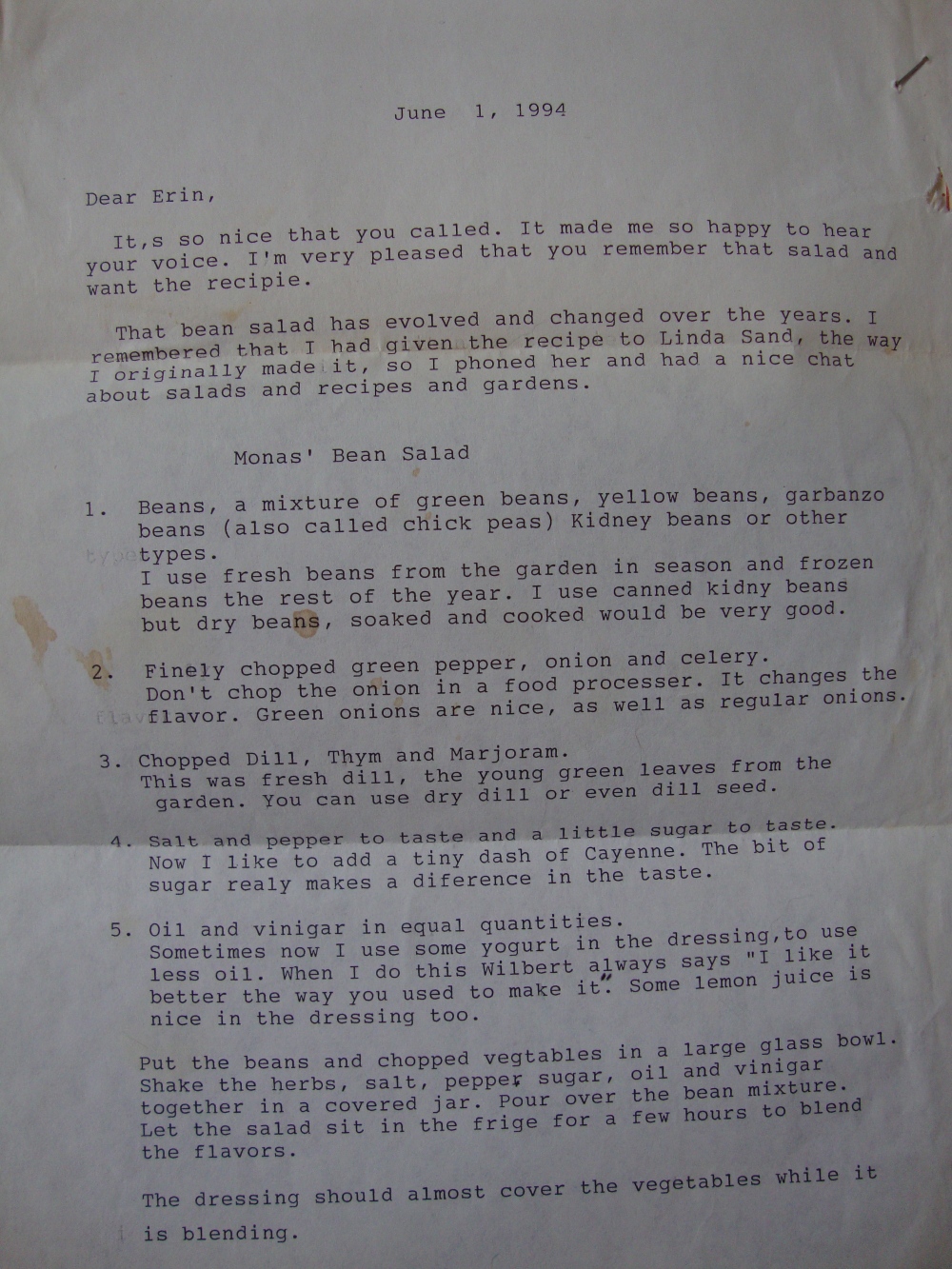