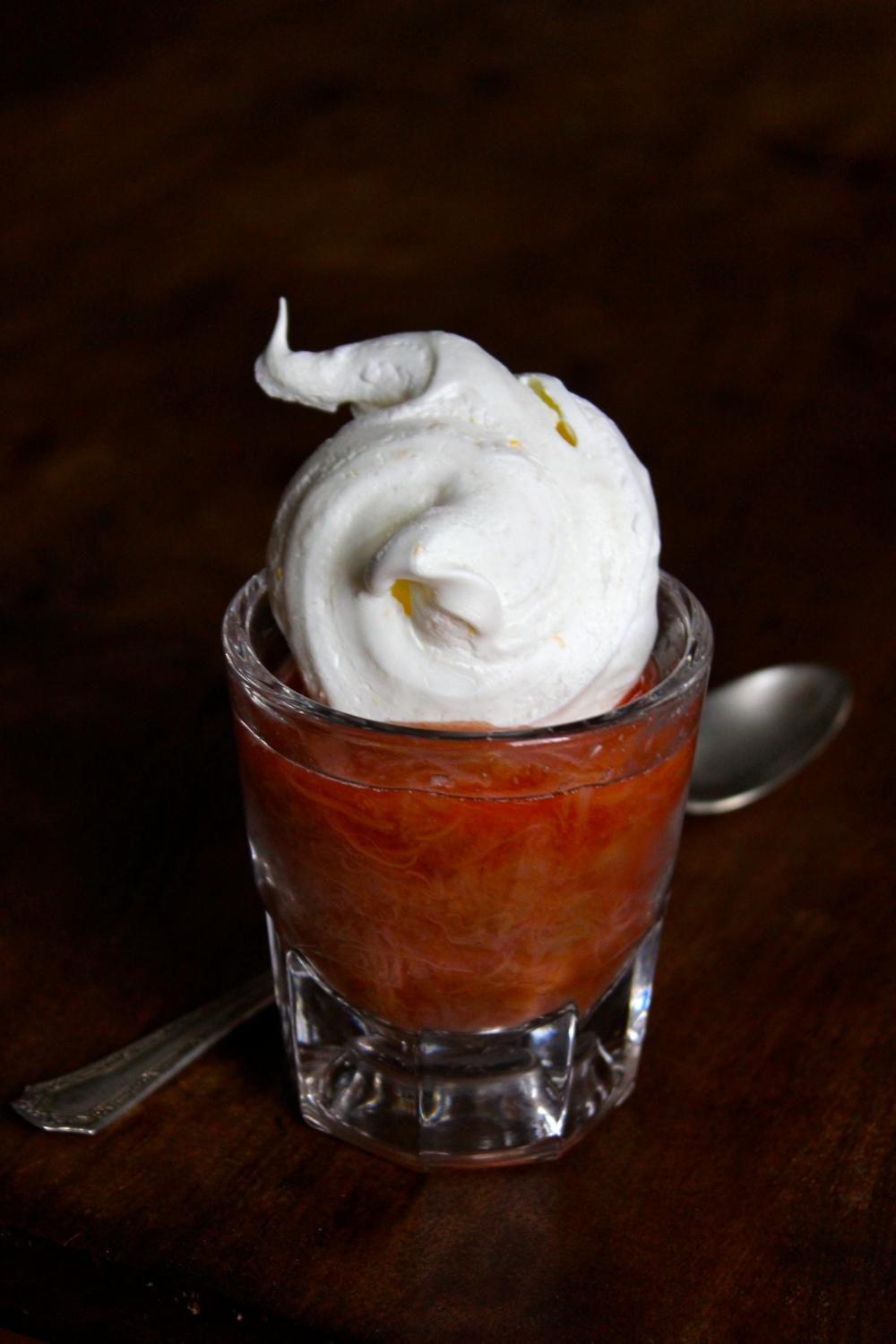 Last month, my cousin Gary came to visit me and taught me how to make the most delicious Curried Red Lentil Salad.  Gary lives in Portland now, but grew up in Grand Prairie, Alberta which is very far North in my book.  I know.  I know, there are many places in Canada father North than Grand Prairie, but Grand Prairie is the farthest North that any of my family lives.

People tend to focus, understandably, on the cold and the snow when contemplating Northern places.  However, I am always amazed by the rapidity and fierceness of the summer growth season.  The plants and creatures that can survive in that climate have adapted to do all of their growing, living and reproducing in a just a few months.  Weeds are rapacious.  Bugs arrive in apocalyptic numbers.  Northern human gardeners are wizards capable of harnessing this power and turning into a summer of cold tomato salad and then a winter of expertly pickled beets.

Gary came to visit right at the moment where I begin to scan the markets with bated breath for the arrival of rhubarb.  We laughed about how ridiculous it is that person has to buy rhubarb since it grows as a weed in so many places.  Gary told me that, in Grand Prairie, if you ran your car off the road and were telling a story about it the next day you would say, “Yeah, I had a bit much to drink last night (or I swerved to avoid a deer, or I nodded off for just a second on my way back from Edmonton) and I hit the rhubarb.”  Yes.  There is so much rhubarb growing on the side of the road in Alberta it is considered nothing more than the stuff that stops your car in an accident.  I can’t think about it too much.  Buying rhubarb is still cheaper for me than flying to somewhere where rhubarb grows like a weed.

I do love that phrase though. Hitting the Rhubarb.  It would be a great name for a cocktail. At first, I tried to invent a rhubarb cocktail, but I was disappointed in the way that the booze overpowered the rhubarb flavour.  In the end, I was happier with a plain old rhubarb compote, although the colour of my compote was a pale celery rather than the beautiful pink that I wanted.  It so happened that I had part of a bottle of Campari leftover from a recent Negroni craving.  Many mysterious things go into the complex mix that make up Campari (and Aperol) and if I am not mistaken, one of them is rhubarb.  Also, Campari has an insane dark pink colour (made from the addition of a dye made from cochineal beetles).  So, I added a splash of Campari to the compote for colour and tiny hit of booziness.  It was excellent.  This is not a compote for folks who like their desserts sickly sweet (after all, rhubarb is sour and Campari is bitter) but it makes a perfect grown up dessert when paired with very sweet meringues scented with orange peel. 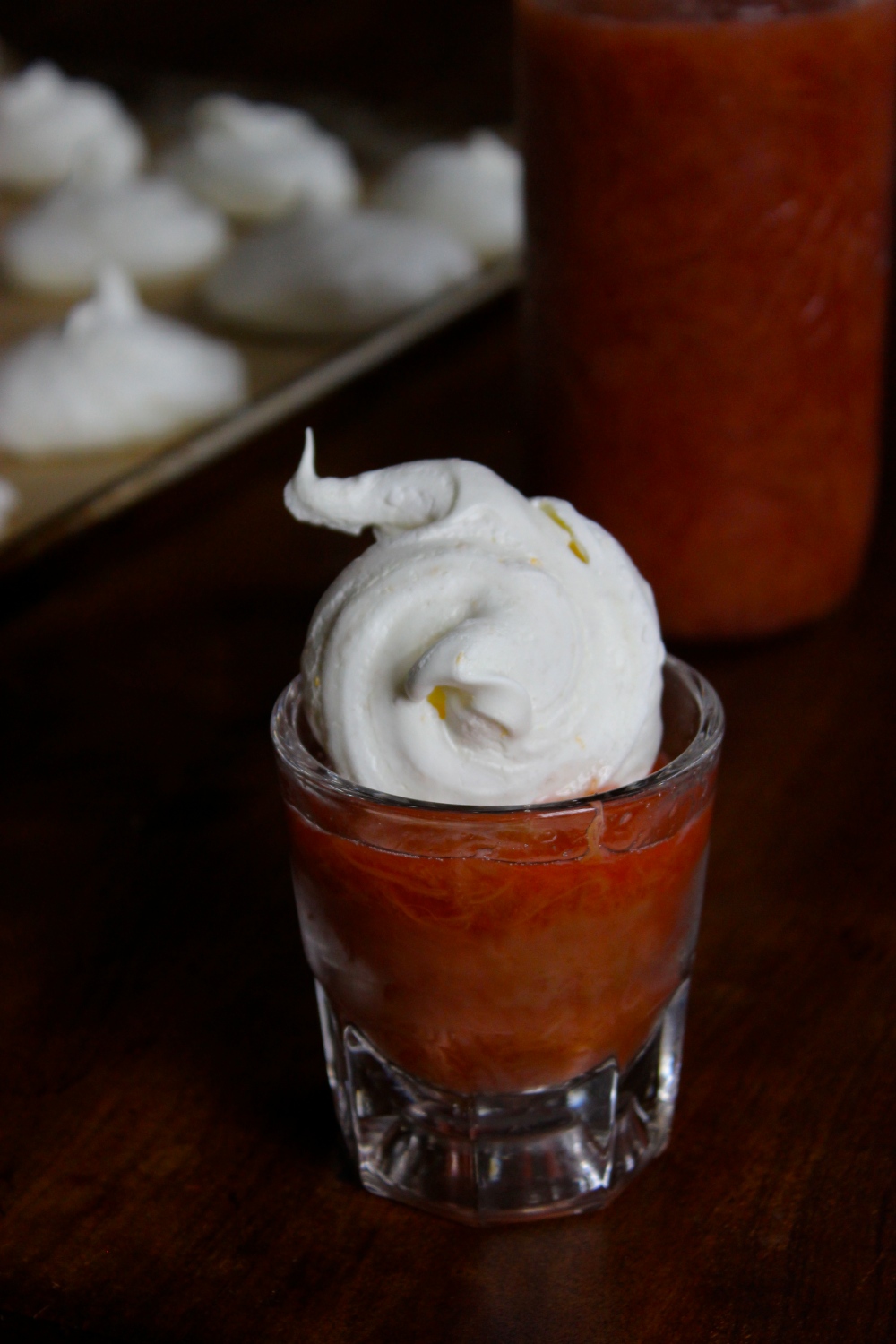 These meringues should be made a day ahead.  I tried out a technique that I learned from the excellent food blog A Cheesemonger’s Daughter.  She makes “forgotten” meringues.  You preheat the oven while you are preparing the meringues ad then turn it off when you put them into bake.  The meringues cook in the cooling oven for 4 hours or, better, overnight.  I forgot these ones for 2 days!  The compote could certainly be made ahead as well, making this a very good dessert if you are trying to throw an otherwise complicated dinner party. 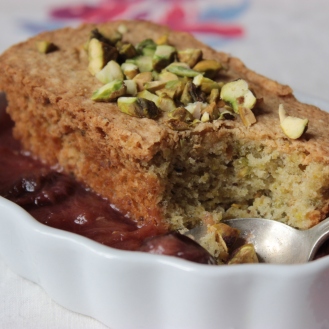 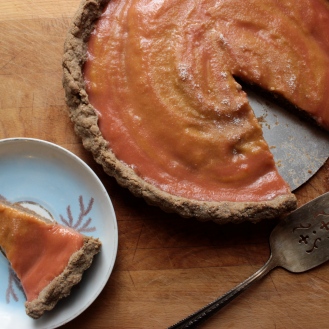 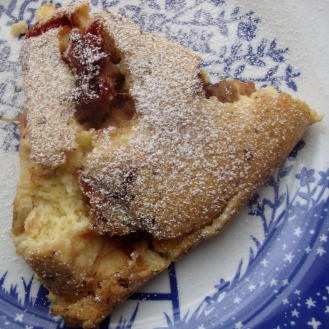 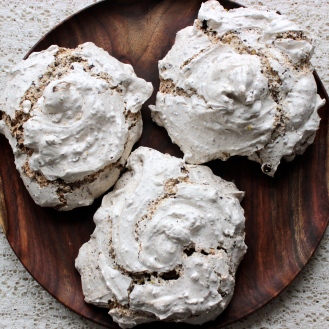