I associate apple fritters with my biological father, Hank.  Toward the end of his life, I only saw Hank once a year when I would go to Vancouver to visit my sister.  At that time, he did not have a phone or internet, so you just had to show up at this apartment building and hope that he was there.  We would walk to his favourite bakery, the last holdover in a now gleaming neighborhood from a humbler era.  It was a tiny place, with one glass case full of bear claws, apple fritters and jelly donuts.  You exchanged a couple of dollars for a small greasy bag of donut goodness over a small Formica counter.  The proprietress was an elderly Chinese woman with whom my father liked to flirt.  Hank liked to flirt with old ladies.    This was a man who, in his youth, had managed to seduce three of the smartest and most beautiful women I know (the mothers of my brother, sister and myself).  So even as a scruffy old guy his powers of flirtation were strong.  Visiting the bakery lady was a sweet outlet for his charismatic and mischevious impulses.

We would continue to walk, slowly, in whatever direction Hank dictated, while he informed me about the history of various parks around Vancouver, his theories about the future of world politics (all frighteningly accurate with a few years hindsight) and stories about his various encounters with ghosts.  Hank passed away near Halloween in 2010.  My sister and I agreed that it was just like our father to go at the time of year when the veil between the living and the dead is thought to be the thinnest.

Hank is a hard person to write about.  He was complicated, and anything that I try to say seems reductive once I write it down.   Also, I know that my stories about him sometimes seem made up.  Really, if I saw a movie starring Hank as the father figure I would probably think, “who thinks this stuff up?”  So, although I write a food blog that focuses a great deal on family food stories, I have barely mentioned Hank.   Of everyone I have ever known though, Hank was my favourite person to talk about my creative work with.  I did not spend much time with him as a child but I felt truly seen and understood by him as an adult.  I miss him, and really could have used more time with him.  If he was around still, I would make him these apple fritters…but we would probably still want go to the bakery so he could flirt with the old proprietress.

APPLE RICOTTA FRITTERS
If you want to make these not gluten free just repalce the millet flour, mochi flour and tapioca flour with 1 cup total all purpose flour made from wheat. 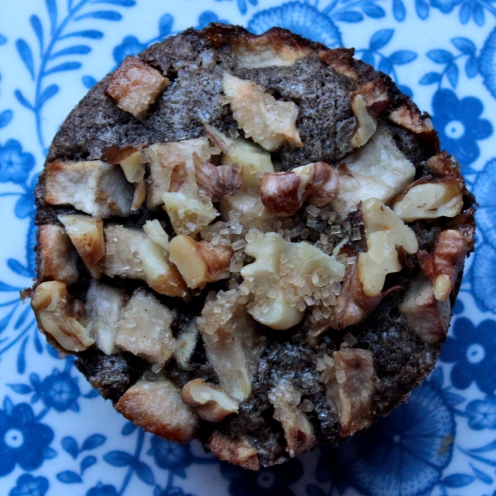 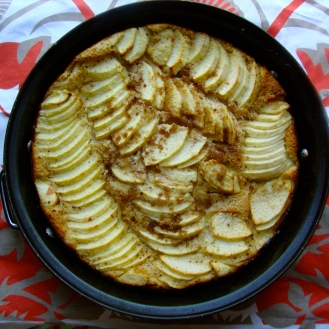