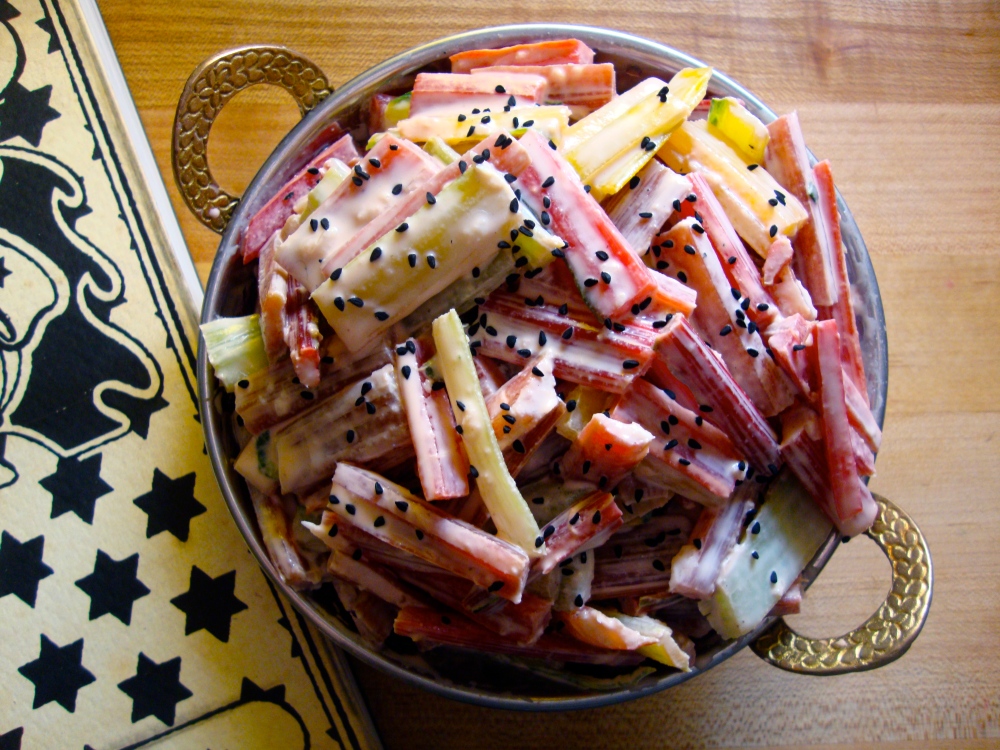 I served these swiss chard stems at a dinner party along with an appetizer made from oranges, fennel and minced fresh mint as a first course.  I was pleased with the orange, fennel, mint appetizer also.  It was only those three ingredients.  I had intended to add more stuff to it, but then just those three things together were so good!  For dinner we had chicken baked with hazelnut, saffron and honey (from the Ottolenghi cookbook), swiss chard greens and za’tar roasted new potatoes.  For desert we had blood orange marmalade with almonds and rosewater.  We also made cheap thrill sangria. 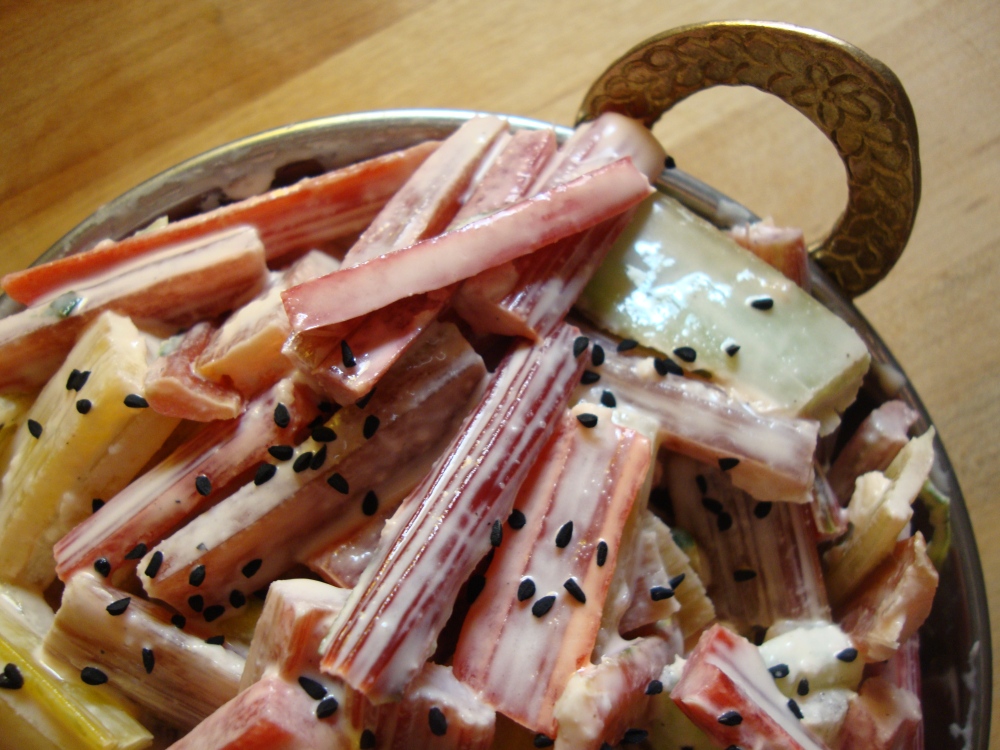 Note:  Nigella seeds are also known as Kalonji or black onion seed.   They are not the same as black cumin (kala jeera).  All of that said, I am not convinced that they add much to the flavour of this dish (maybe the batch that I have is not fresh and they have lost their flavour?).  Black sesame seeds are easier  to find and would have the same visual effect.