I had never heard of fried pickles until my friends in Portland, Maine took me to a place called Silly’s.  Silly’s has great sandwiches, but I was much more excited about the fried pickles and their Tahini milkshakes (soooo good).  The last time I was in Portland I had already found out that I could no longer eat wheat and I was very sad that I couldn’t have any fried pickles.

I had been managing nicely without fried pickles for quite some time now until I discovered McClure’s Pickles.  McClure’s is based in both Brooklyn and Detroit and they make what I consider to be the perfect garlic dill pickle.  My mouth waters thinking about these pickles.  For a while I was working near Stinky Brooklyn (an excellent cheese shop that carries these pickles) so I was able to refill on pickles regularly.  The last time I went to Stinky though, they were out of garlic dills.  I decided to try the spicy variety instead of the garlic dills.  They were excellent, but too spicy for me.  It made me sad to think of them sitting in the fridge uneaten.  I thought that I might make them into relish and then I remembered fried pickles. I fried the spicy McClure’s pickles in a gluten-free batter.  They were stupidly easy to make and really, really good. 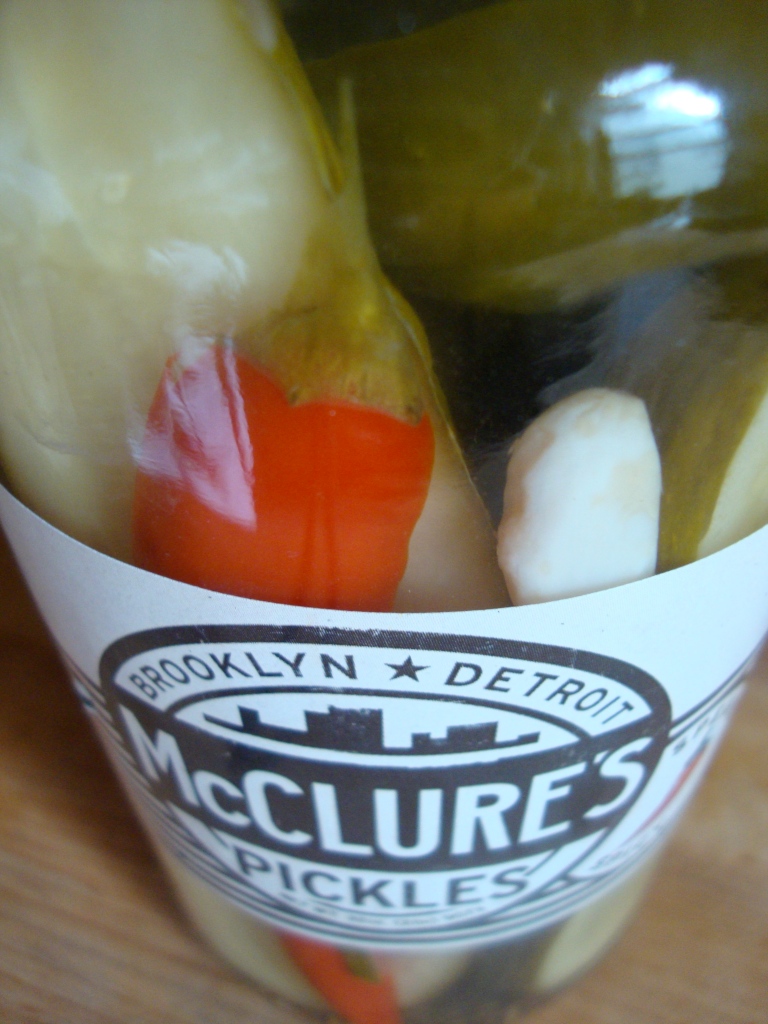 Even if you think that fried pickles sound gross, you should consider seeking out McClures pickles.  They are magical.  The garlic dill pickles just have cucumber, dill, garlic, salt and vinager…..but they magically become more delicious than those five ingredients should be.